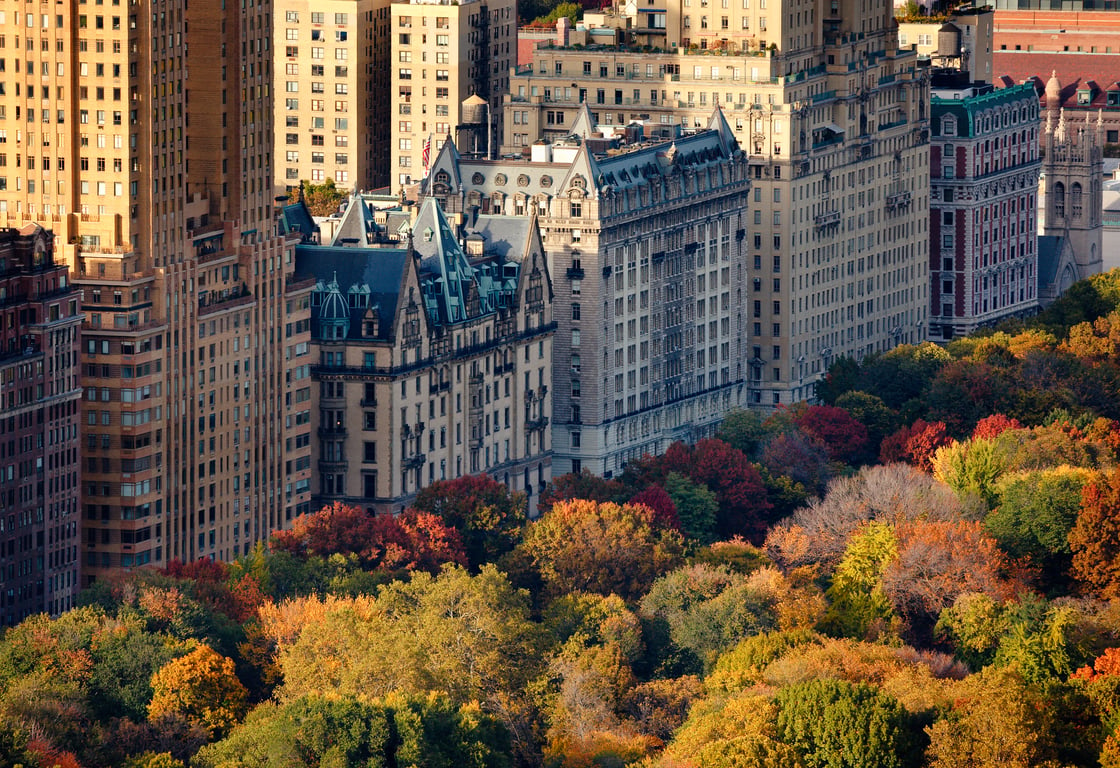 The City of New York is made up of five boroughs: Manhattan, the most densely populated of the boroughs, Brooklyn, Queens, The Bronx and Staten Island. Each of the boroughs has their own definable history and character, which in turn spawn hundreds of equally distinctive and unique neighborhoods. Given the wealth of options the city has to offer, we've decided instead to list the most popular neighborhoods in New York. So let's get to it.

Glamorized by its opulent residents and the shops on Madison Avenue, the Upper East is one of New York City’s most affluent districts. The area also plays host to world famous museums, like the Metropolitan Museum of Art and the Solomon R. Guggenheim Museum. In fact, there are so many museums on the Upper East Side that the portion of Fifth Avenue between 82nd and 105th streets is called “Museum Mile.”

At once the heart of the city and the most congested part of Manhattan. Packed with skyscrapers and minutes from Times Square, Broadway theaters, and high-end restaurants, Midtown West epitomizes an integral part of New York. Also, it is relatively close to other landmarks like Grand Central, the Empire State Building, Rockefeller center and of course the famous Fifth avenue shops. Although albeit a more touristy experience, this neighborhood is a must for first-time visitors.

A hub of contemporary art and arguably housing the largest and most influential LGBTQ community in the city, Chelsea offers great nightlife, art exhibits, affordable restaurants and numerous shopping venues. Be sure to check out Chelsea Market's amazing urban food hall, perfect for lunch while you shop the stores.

Historically known as an artist haven, "the Village" was also the birthplace of both the Beat and ‘60s counterculture movements, as well as the modern LGBTQ movement. Known for its winding streets, intimate cafes and brownstone buildings, the neighborhood preserves it's historic charm and offers a truly local experience of New York City. It is also one the city's most popular nightlife destinations, packed with bars, restaurants, and nightclubs.

Declared a National Historic Landmark and lined with the world’s largest concentration of cast-iron architecture, upscale boutiques, restaurants, and streets paved with Belgian blocks, the refined charm of SoHo is strictly high-end. SoHo is also known for hosting numerous art fares during the early months of Summer and Fall. This neighborhood is also just minutes from New York's Chinatown. Famously known for its authentic restaurants, Chinese markets, and high-end designer knock-offs!

Adjacent to the more residential TriBeCa, home of the famous Tribeca Film Festival, the Lower East Side (or LES) offers a true taste of Downtown life. Boasting some of the city's coolest bars, busiest nightclubs, and hip restaurants, LES is a quintessential New York nightlife stop. Although a little more inaccessible through public transportation, This neighborhood is worth the cab ride.

A vibrant daytime community for affordable brunch spots and beautiful parks and lively nightlife destination. Find swanky cocktail bars, indulgent beer halls, or try some the areas hotter clubs for an all night party. For a more bohemian East Village experience be sure to take a stroll on St. Marks street, lined with funky shops, affordable bars, and some great one-dollar pizza.

The locally called FiDi is at the southernmost tip of Manhattan and houses the city's major financial institutions. The New York Stock Exchange and the Federal Reserve Bank of New York. Here you'll the famous Wall Street, the World Trade Center site and 9/11 memorial as well as the One World Trade Center–the 4th-tallest building in the world and the tallest building in the United States.

Although located outside of Manhattan and removed from the major attractions, this vibrant Brooklyn neighborhood makes our list for its influential music and arts community as well as it's trendy restaurant and nightlife scene. Just a 20-minute subway ride from Manhattan and packed with ethnic enclaves, Williamsburg is a prime example New York gentrification.