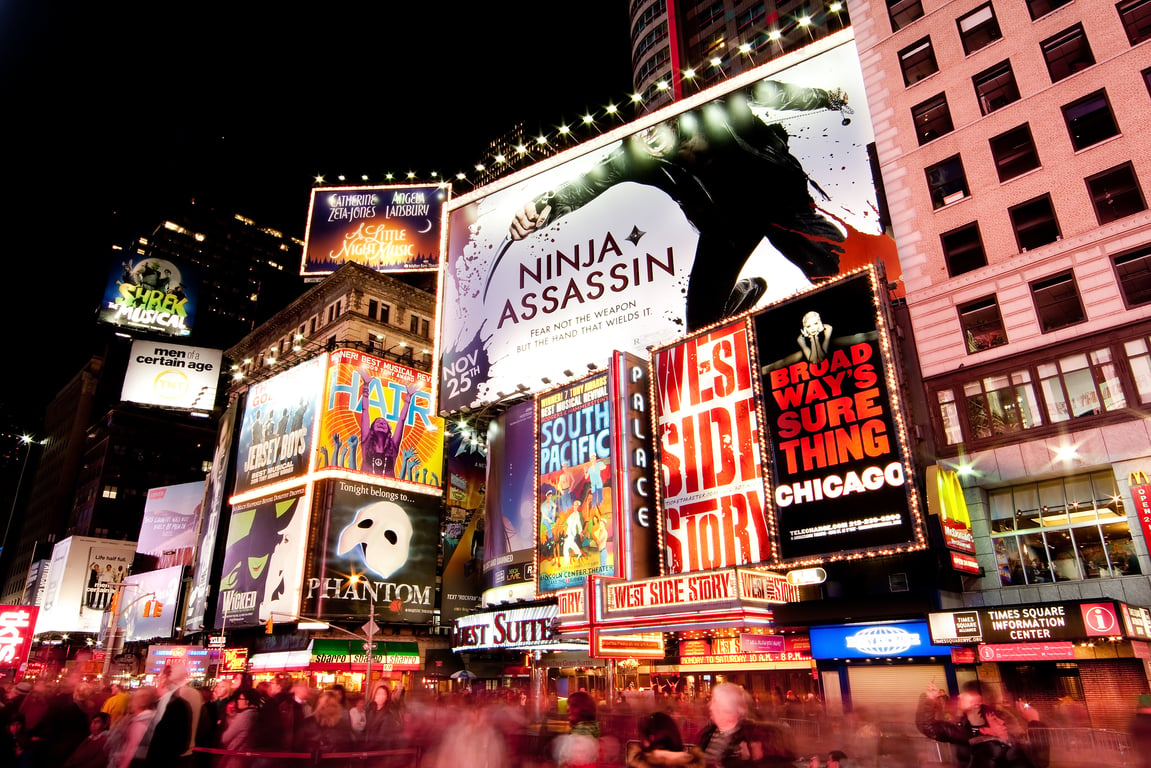 The New York theater scene has been credited as a major influential form of American pop culture, as well as helping make New York City the cultural capital of the nation. From Broadway Musicals to off-broadway plays and contemporary immersive theater, the city is a live performance dreamscape.

Broadway (theater) is a combination of the 41 professional theaters that stretch from the Theatre District to Lincoln center along Broadway. The road itself is alight with cabaret-like lights and a sense of old world showmanship. Broadway musical masterpieces like Lion King, Phantom of the Opera and more modern shows like Book of Mormon and Wicked, will play year round, while smash-hit Broadway plays will be found on and off-Broadway.

Since the 1920s, drama enthusiasts have flocked to the Soho Playhouse. This off-Broadway theater will offer critically acclaimed performers such as Ted Greenberg, Emmy-winner and former writer for David Letterman. The theater also boasts a full bar, ensuring that the party goes on just as the show goes on.


Live In Theatre | Lower East Side

Manhattan’s Live IN Theater is known for its interactive plays that will engage and enthrall audiences from start to finish. In fact, audience members become characters themselves, working with the cast to solve a thrilling murder mystery. It’s the perfect experience for anyone looking for live theater with a twist.


Then She Fell | Williamsburg

Limited to fifteen audience members per show, the alternative and fully immersive structure at Then She Fell in Brooklyn allows participants to explore the theater’s different rooms, uncover hidden objects, and have one-on-one interactions with the actors.

Founded in 1979 with the original purpose of offering “second stagings” of contemporary plays, Second Stage Theater has since expanded its mission to include new works in its repertoire. From musicals to dramas, here you’ll find some of the best contemporary theater that New York City has to offer.