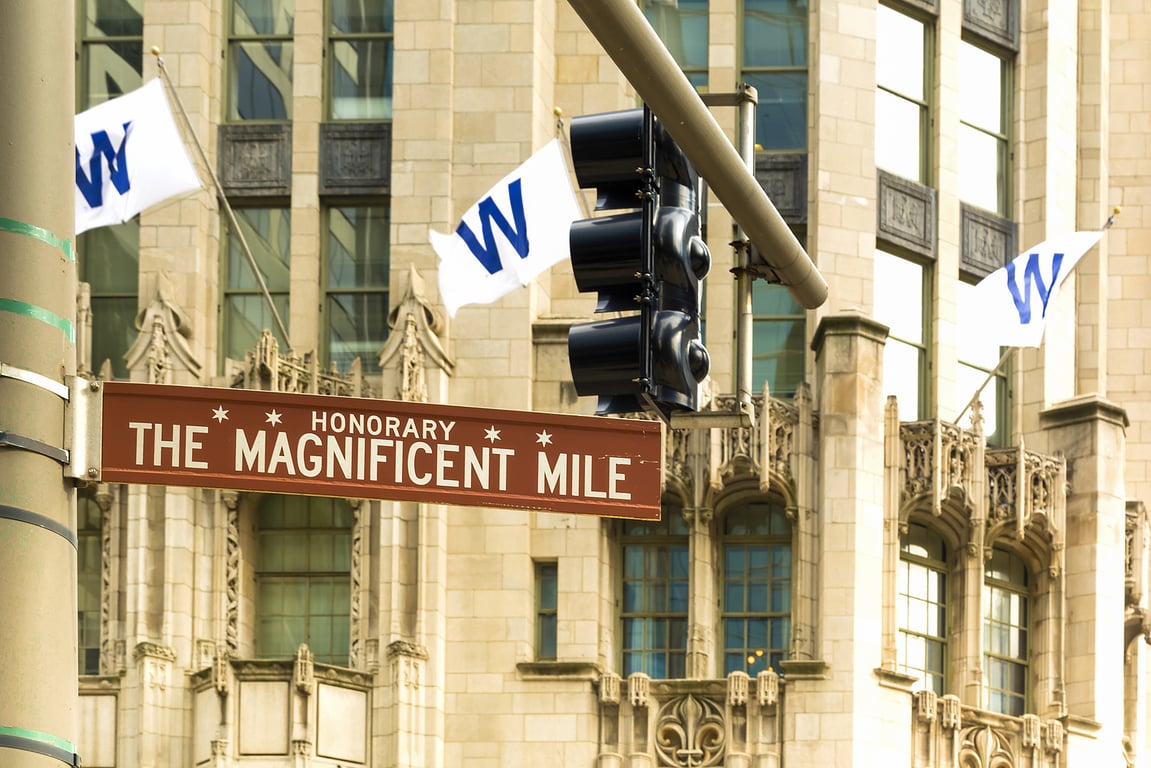 Chicago is a grand cosmopolitan city so, naturally, discerning shoppers and those eager for some retail therapy, are in for a treat. Here's our pick for top five places to shop in Chicago.


Best Places to Shop in Chicago

Likely Chicago's most famous shopping destination, Magnificent Mile earns its lauded name for the long list of world famous retailers, restaurants, and hotels lining a one-mile stretch of Michigan Avenue. Think of it like Chicago's version of 5th Avenue, with stores like Apple, Nike, Cole Haan, Crate & Barrel, Burberry, Neiman Marcus, and Tiffany & Co. glistening down the sidewalk. Besides the near 500 retailers and boutiques, and roughly 200 eating stops, Magnificent Mile hosts some of Chicago's best sightseeing and is a great way to appreciate the city's bold architectural landmarks.

The popular State Street makes for a great day both shopping and sightseeing. Start on the North end of the Chicago river to find a host of designer boutiques, and end south the river where you'll have a cluster of discount chains like Nordstrom Rack, DSW, and Burlington. Additionally, you'll find State Street is lined with historic structures and cool art installments. Not to mention some prime eats in the Chicago downtown area.

As good a shopping and entertainment experience as one could ask for, Water Tower Place is a Chicago attraction through and through. The eight-level shopping center has over 100 retail stores, numerous restaurants, and a grand 550-seat Broadway in Chicago theater. A massive Lego Store will entertain children, while parents can browse stores like Nine West, Banana Republic, Forever 21, or the Macy's shopping department. Lastly, Water Tower Place features a unique dining venue with over 14 kitchens of fresh food every day, and, anyone driving will be happy to know the center has discounted parking after 5 pm! Happy shopping.

Reportedly catering to the more "fashion savvy", this upscale shopping center offers over 70 luxury retailers spread out over seven floors within the 900 North Michigan high-rise. Also, housing the Four Seasons Chicago and a premier spa, the tower packs a massive Bloomingdales and features stores like Coach, Montblanc, and Gucci. We'd recommend you plan a long day of indulgence to visit the spa, browse the shops, and dine at the Four Seasons.

Worth the visit for the sheer spectacle alone, The Merchandise Mart is the largest commercial building in the country. Doubling as both a mall and an entertainment venue, the sprawling center boasts 25 levels and spans 4.2 million square feet, roughly two whole city blocks. Attracting big name trade shows and often used for special events, The Merchandise Mart sees 10 million visitors a year and is considered Chicago's international shopping hub. Great for shopping, and another of Chicago's top attractions.