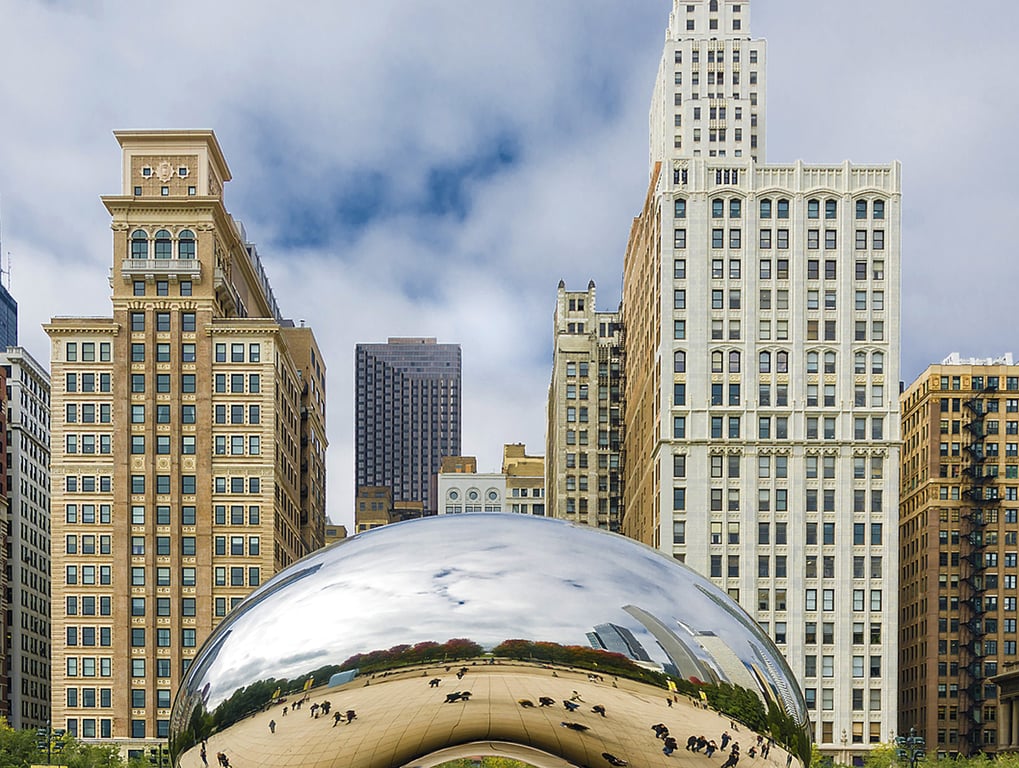 Chicago’s architectural gems, world-class restaurants, two waterfront views, and Midwestern hospitality keep visitors coming back for more. This beautiful city, located on the shores of Lake Michigan and newly developed Chicago River, has more than 200 distinct neighborhoods, most easily accessible using the subway and elevated train system called the “L.” Stay in the center of it all downtown in The Loop, an area south of the Chicago River that’s brimming with photo ops like 19th-century Art Deco buildings, The Bean sculpture in Millennium Park, and the Willis Tower—Chicago’s tallest skyscraper. This area is also not far from some of the city’s hottest restaurants, many of which are located on West Randolph Street in the West Loop neighborhood. Take in views of the Loop from the Wit’s Luxury Spa King One Bedroom Suite + Classic Two Queen residential-style connected rooms and don’t miss its hip rooftop bar ROOF. One of the Loop’s most stunning high-rise hotels, the Fairmont Chicago Millennium Park, has connected rooms with incredible views like the Signature View Suite King + Signature King Room. In the Magnificent Mile neighborhood, north of the Chicago River, the recently renovated Conrad Chicago boasts lavish connecting rooms with spa-like bathrooms such as the Royal Suite + Two Queen Beds Superior Room, which sleeps up to eight. Nearby at the Chicago Hilton/Magnificent Mile Suites, the stylish One King Bed One Bedroom Suite and Two Double Beds Alcove Suite combine to sleep up to 10. Suiteness agents can help you choose the right hotel and secure tickets to top attractions.

Neighborhoods with connecting rooms and suites in Chicago