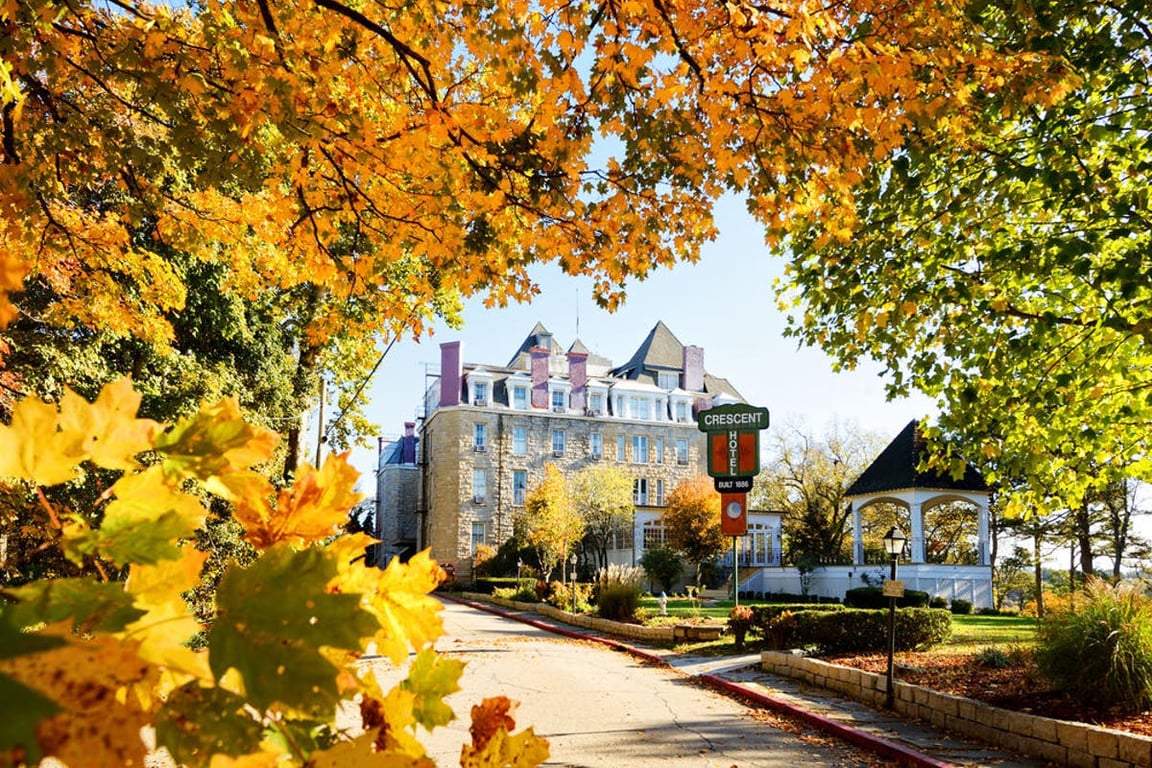 This Halloween, turn those staged haunted mansion parties into a possible reality by checking into a haunted hotel. Spend a night at one of America’s most haunted hotels and who knows, you could wake up to whispers in the room, your clothes unpacked or even a dark shadow in the doorway.

The Most Haunted Hotel in America

What is often considered one of the most haunted hotels in America, The Crescent Hotel and Spa has been around for a long time. It’s no surprise that many people have ghostly encounters on its property. While it has now been remodeled into a spa and offers nightly ghost tours, the hotel has been rumored to be a portal to the other side for those who can get in contact. It has previously been a morgue and many believe that to be an important factor in its being haunted.

The Friendly Ghosts in Hotel Bethlehem

Hotel Bethlehem has been around for centuries and hotel staff is the first to address how many spirits linger. They have kept track of four friendly ghosts that hang on the grounds and have been seen by guests at different points in the last few decades. If you are interested in sharing a room with one you can book Room 932 and experience a spirit that is simply there to hang out.

The Woman in Red at the Drake Hotel

From huge parties to meetings attended by prominent guests, The Drake Hotel has been a landmark  Chicago hotel since its opening in 1920. It has many stories to tell, thanks to its rich past. A past so rich, that it can’t avoid the occasional haunting. One specific story is of the “woman in red” who supposedly haunts the 10th floor. She is said to be the ghost of a woman who discovered her husband’s affair at a New Year’s party. Shortly after the hotel opened she jumped from a tenth-floor window. Her ghost is said to be roaming the tenth floor of Drake Hotel ever since, making this one of the most famous haunted hotels.

The 3rd floor at the Boston Omni Parker House is filled with ghostly antics and lost spirits. Guests report faucets randomly turning on and the elevator making stops for no reason. Some report it’s the first owner, Harvey Parker, wandering the halls making sure the guests are comfortable. Others say it could be an actress who died on the third floor. While others think of Charles Dickens past visits stirring up the spirits he once encountered.

A Hollywood Speakeasy at The Georgian

Once frequented by the Clark Gable, Charle Chaplin, and Al Capone, The Georgian was the perfect place for Hollywood dwellers to escape to. “The Georgian was home to one of Los Angeles’ first speakeasies and soon became the rendezvous point for many up-and-coming Hollywood studio executives and celebrities.” Just like other haunted hotels, the Georgian has had reports of otherworldly sightings in their rooms and the restaurant. The restaurant was once a speakeasy before it was converted to a hotel. Employees report having heard voices and human-like noises when there are no patrons present.

A Party Ghost in Hotel Sorrento

Hotel Sorrento in Seattle is thought to have been haunted by Alice B. Toklas for quite some time despite conflicting rumors as to how and why it would be her. She seems to favor the 4th floor, specifically, room 408. Guests report seeing her as both a white and a black figure in the hallways. She is known for moving drinks in the Dunbar room and they even made her a drink on the menu to honor her presence in the hotel. You should try it sometime!

Hotel Del Coronado might be one of the most complete stories about a possible spirit on-site of any hotel. According to stories, Kate Morgan was a guest on Thanksgiving in 1892 and stayed for five days at the hotel. She was waiting for a gentleman to join her on the premises. It is said that he was her lover but never showed. To this day, guests report that it feels like she is still staying in her 3rd-floor guest room. Other times there have been reports of her in the gift shop or along the seashore.

A Gangsters Hideaway was The Flamingo Hotel

The Flamingo Hotel opened in 1946, a time when gangster Bugsy Siegel still had an influential presence in Las Vegas and Beverly Hills. He is said to have helped envision the hotel and the casino. Siegel was shot dead in California and the hotel changed ownership around the time. If legends are to be believed, his ghost still haunts the place. Some guests have reported seeing dark figures and whispers from nowhere. Siegel’s ghost is rumored to hang out around his memorial outside and the suite that he used to live in.

A Famous Collection at the Hollywood Roosevelt

The Hollywood Roosevelt hotel has some of the most famous names when it comes to ghosts and haunted hotels. Marilyn Monroe supposedly haunts the old room that she lived in during her early years. Many guests have claimed to see her roaming. People say they’ve also seen Montgomery Clift and Carole Lombard roaming the halls (Clift has been patting people on the shoulder in his old room). The hotel has been the stomping grounds for many famous names over the years so it’s safe to assume there are more spirits lurking in the shadows than we know.

We can’t confirm the truth behind these stories of lost souls and ghostly encounters. But whether you’re a ghost hunter or simply a purveyor of the haunted realm, you will still get a kick out staying in one of these hotels on Halloween (or who knows, you might just find what you’re looking for). It will definitely be an experience you will want to tell around the campfire next Halloween.